From the very beginning of our work with children, we challenged establishment doctrine regarding virtually every aspect of child development. We did so because we found the status quo wanting. We believe we have much better answers for the development of children, answers anchored in a deep understanding of how the human brain develops.

That said, in the end, REACH exists to transform children’s lives. It is not our theories about brain development that count but rather our results.

With that in mind, each issue of our newsletter will feature a child on program and the results achieved. We hope these stories of the REACH Method in action inspire you as they inspire us. 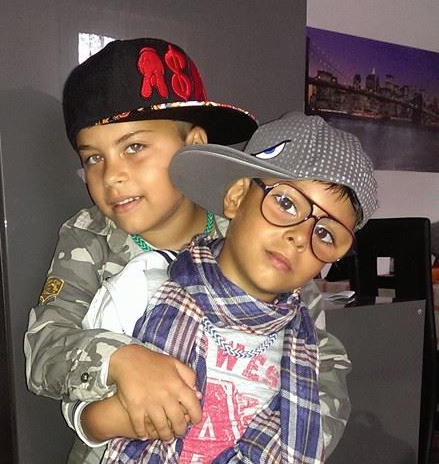 We want to introduce you to Gulian (right). He was born in August of 2008, the second child in a family of two boys. As a baby, Gulian had very poor muscle tone, a weak grasp, a weak cry and he slept a lot. His parents described him as being “too good”. For us, all of these symptoms raise red flags! Nonetheless, aside from an early diagnosis of epilepsy, Gulian’s development was considered “normal” and no therapy was prescribed.

Gulian came to REACH just after his fifth birthday. At that time, from a neurological perspective (which is the only perspective that matters!) he was functioning at about the level of an 8-month-old baby. He was what we lovingly call a “nobody home” kid. His eyes were vacant, there was no sparkle. It was as if… well, as if there was nobody home! Part of the reason for that “nobody home” look was the three powerful medications Gulian was taking for his seizures. While they sometimes suppress the seizure activity, they almost always suppress everything else.

Our evaluation of Gulian revealed a long list of functional problems. He had very poor vision, understanding at about the level of an 8-month-old, and tactile problems. He had very poor muscle tone, and any attempt at moving resulted in significant trembling. He could not crawl on his tummy, although he could creep a bit on his hands and knees like a bunny. Gulian still could not walk. He could make some sounds but had no words of speech. Gulian’s hands were flaccid so he had a very weak grasp and essentially no functional use of his hands. Finally, there were many physiological problems. He had severe constipation. He drooled. He had a poor ability to swallow and chew, which resulted in him often choking on his food.

Based on this evaluation of Gulian we designed a program to accelerate the development of his brain and thereby increase his rate of functional development.

Six months later, we saw Gulian again and the change in him was astounding!

The first thing we noticed was a significant increase in his awareness. Gulian was more “tuned in”, more present. He was more curious, more interested in what was going on around him. His eyes had life, sparkle! There was somebody in there! Now there was “somebody home”!

The second thing that was obvious was that Gulian was walking! For 5 years, he struggled to learn how to move and never learned to walk. We got him walking in 6 months! What a thrill to see him taking steps and to see the joy written all over his face. His parents kept it a secret from us, as they wanted to see the look on our faces when he gave us his first demonstration. Gulian was much stronger, had better muscle tone and was trembling much less. He also had better coordination and much better balance.

Then there are the physiological changes. Gulian was no longer constipated. His drooling decreased, his chewing and swallowing significantly improved and as a result, he was choking a lot less.

In the year that has passed since then Gulian has continued to progress beautifully.

His vision keeps getting better and he now has perfect visual pursuits, better convergence, a less obvious strabismus and much better visual acuity. He now has normal response to pain and light touch. Gulian follows instructions better, watches TV and can follow the program and smiles and laughs appropriately at the dialogue. Gulian now has more of a brother-to-brother relationship with his older brother and he now plays with the family cat.

As his walking ability continues to improve, Gulian is becoming more confident and more adventurous. This is the direct result of better balance and coordination. The muscle tone in Gulian’s hands is now normal and he is using his hands a lot more.

Gulian’s chewing ability continued to improve and, as a result, he has a much bigger appetite. His seizures have decreased significantly and he is taking less medication.

It has been an absolute joy to watch Gulian blossom. Kudos to his mom and dad for believing in his potential and for doing the hard work to unleash it!

← Good News in the Pacific Northwest!
The REACH Difference →

One Response to It’s RESULTS that count!