This month, we are highlighting Rosalie Kisling, one of our Home Program graduates. Rosalie’s story is one of incredible transformation. We tell her story because everybody knows a Rosalie. You know a Rosalie! Most often, the Rosalies of the world suffer in quiet obscurity. They function just well enough to fly under everyone’s radar and yet poorly enough to fall through the cracks. 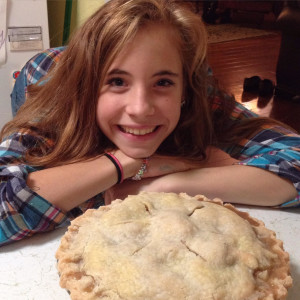 We work with kids across the functional continuum from profound brain injury to above average ability. Most people think the kids at the low end of the continuum are the ones who have the hardest time of it. But that’s not true. It’s the kids like Rosalie who have the hardest time. The truth is society looks at kids with severe developmental difficulties and forgives them for their problems.  Society looks at a kid like Rosalie and finds her wanting. She looks like other kids. She can do everything other kids can do, just not as well. If she doesn’t perform as well it must be because she is lazy or dumb or a troublemaker, etc. etc. Eventually, those simple learning and behavior difficulties become major learning and behavior difficulties with complicated psychological and self-esteem issues that haunt her for a lifetime.

Read on and you’ll see what I mean.

Rosalie was born in April 2001, the third of four children. Rosalie’s mom was concerned about her development from early on.  At 18 months, a developmental psychologist evaluated her and concluded she was at a 9-month level physically and 11 months mentally. The psychologist recommended early intervention. So, Rosalie began early intervention and from 18 months to 3 years old she was followed by occupational and speech therapists and then discharged. At the age of 4 ½, still having difficulties, she was evaluated at Oregon Health Sciences University where they determined that developmentally she was within 1 month of her age. When mother asked about her learning difficulties she was told there was nothing to do about that until she was in school.

Rosalie attended 2 years of preschool and 1 year of kindergarten with children 1 year younger than her. Going into 1st grade, Rosalie was seven years old and behind her five year old sister in reading and math abilities.  So, before 1st grade started her parents asked for help from her school and were told once again that she had to wait. This time she would wait until she was in 3rd grade when the school would administer standard tests for reading and math. At that point the school could determine if she qualified for special services.

Outraged by the suggestion of once again waiting until her child became a bigger failure before getting help, Carrie reached out to the children’s doctor. He recommended they contact the REACH Family Institute as he had a patient diagnosed with Autism who was following REACH’s Home Program with impressive results. Carrie contacted us and we saw Rosalie for the first time in August 2008.

At the Initial Evaluation, her parents main concerns were her learning difficulties, her low self-esteem and her immature behavior. In our functional evaluation, we found Rosalie’s lowest area of function to be her level of understanding. She had no understanding of abstract concepts which explained her difficulties learning to read and learning math despite the fact that she had been kept back in school by 1 year. 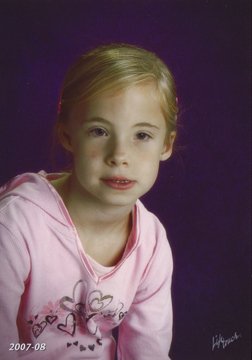 Rosalie’s behavior was very immature and unpredictable. She had major tantrums, what her mom called “meltdowns”, many times a day. Rosalie had very low self-esteem to the point that although she could speak she would not do so with people outside her home. Even in school she rarely spoke. Rosalie had very few friends and the friends she did have were all much younger than her. Finally, Rosalie had poor coordination and poor balance and often did all she could to avoid engaging in physical activities.

Rosalie followed the REACH Home Program for 5 years. We focused on the development and organization of Rosalie’s brain. Why? Because that was the problem. Rosalie’s learning difficulties, her behavior problems, her low self-esteem were all rooted in poor brain development. So we treated the cause. And Rosalie flourished. Learning became easier, she became a voracious reader (how about a Harry Potter book in one weekend?), the “meltdowns” diminished, coordination improved and along with these changes Rosalie’s confidence increased. It took time and hard work but gradually Rosalie blossomed. The big goal then became a successful transition from elementary to middle school, something that can be challenging even for kids who are doing well. In 2013, once Rosalie successfully made the transition to middle school we knew she no longer needed us and she was off program. It was such a great victory! 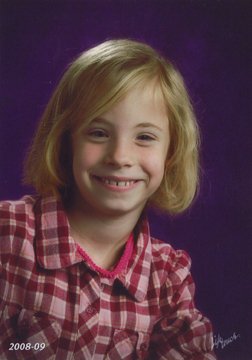 So, where is Rosalie today? We asked her mom, Carrie, for an update so we could feature her in this newsletter. Here, in italics and unedited, is what she wrote:

I’m not exactly sure what format you want this in, but I’ll just use descriptions and you can put it in paragraphs, cut and edit or whatever you want.

School – Rosalie is in 8th grade now. She has all A’s and one C (due to an assignment that all of the class did poorly on. She has the opportunity to re-do it, but we are working on getting her to do that. 🙂 ) Conferences were just a couple of weeks ago. All her teachers say she is a hard worker, good listener, and is very quiet. 🙂 Seriously – they all mentioned that she is very quiet – unprompted. I got a kick out of that. 🙂 She asks for help when she needs it, but is hesitant to engage in group or whole class discussions. (So was I at that age!) I am so proud of her! She’s gone from a struggling student to a competent, confident one who works hard and does well!

Band – Band is a class at school, but she is enjoying it. She plays the clarinet. She got selected to be part of the honors band! And is taking leadership a bit in this class. She is a peer tutor (8th graders help 6th graders after school one day a week.). She is also going to participate in the annual solo and ensemble competition. She’s doing a duet with a fellow clarinet player.

Ballet – This past summer, Rosalie decided to try ballet with one of her best buddies. She wanted to do it in the summer, because there was no performance involved. 🙂 At the end of the summer, she was enjoying ballet so much, she decided to continue, and will perform with her class in May in the showcase. It’ a pretty big recital! One would never know she used to lack coordination! She is so graceful, and just seems built for ballet. She says some of the new moves are difficult, and she has to work harder than her classmates to figure them out, but can laugh at herself and keep trying.

Japan – Ever since Katie went to Japan in 8th grade, Rosalie has wanted to go. She interviewed for the trip last year, but didn’t get selected. We had pitched it as a practice year, so she was not in the least discouraged. This year, she once again applied for the trip. She had to write an essay about why she wanted to go, what she could contribute, and what she could bring back to tell her friends. She had to have two teacher references, and do an interview with a teacher, answering questions about the trip. She did a good job on all those, and she and her sister Natalie both get to go this year!

Rosalie is very responsible! She does her homework right when she gets home, lays out her things for the next day before she goes to bed, and keeps her room clean. She loves to read – spends hours at it. One of her favorite things to do is to take her iPod outside, put on some music and dance away as if she hasn’t a care in the world, and as if no one is watching her. 🙂 I love to watch her – she really feels the music. She likes to dance in the vineyard. 🙂 She also loves to swing. Being outside is Rosalie’s happy place. 🙂

Sometimes it takes Rosie a bit more thinking to process something, or understand something (like a sports game), she still likes to know our plans (doesn’t like not knowing what’s going to happen) and she has teeny tiny silent tantrums when she’s not happy – usually because I’ve asked her to do something she doesn’t want to do at the moment. 🙂 (What 14 year old doesn’t quietly stomp their foot, slump their shoulders, sigh or roll their eyes once in a while?!)

So that’s about it! Sorry if this is too long! And I hope it’s not too difficult to edit. 🙂

Thanks for all you do! We attribute Rosalie’s success to your caring, diligent work with her and us, and all we learned from you both! Yes, I know….you will say she and we are the ones who did all the work. 🙂 But we couldn’t have done what we did without your love, knowledge, support, wisdom and teaching. THANK YOU!!!!!! 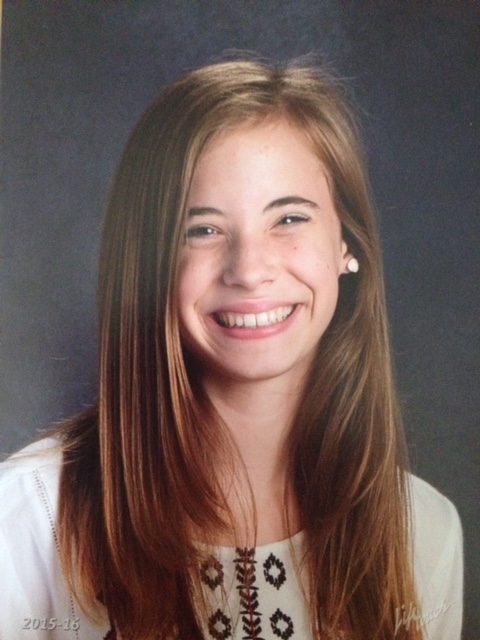 These are the kinds of changes that are possible for nearly all children who struggle like Rosalie once did. There is absolutely no reason why any child must endure the pain and suffering that goes along with learning and behavior issues.

We chose Rosalie to demonstrate what can happen when we focus on ability rather than diagnosis, when we work on changing the brain rather than treating symptoms, when we shoot for real progress rather than accommodation, and when we empower parents with the knowledge and tools they need to succeed as their child’s most influential teachers.

But, the important point is that Rosalie’s results are not unique. Every child who experiences difficulties in learning and behavior is a child who can benefit greatly from the REACH Home Program. All it takes to change the trajectory is to make the decision to focus on the right things and for parents to get involved. Surely you know a child who sounds just like Rosalie. Please share this story with that child’s parents. You may just save him or her a lifetime of frustration and failure.

8 Responses to It’s RESULTS that count!